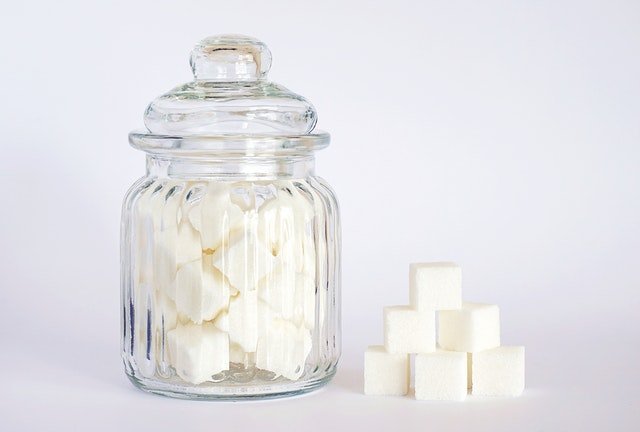 Research suggests that sucralose and other artificial sweeteners alter your gut bacteria and cause insulin resistance.

This may be of particular importance to patients with diseases correlated with modifications of the gut [bacteria], such as irritable bowel syndrome and inflammatory bowel diseases” (IBDs) like ulcerative colitis and Crohn’s disease. These individuals may not realise artificial sweeteners may be affecting their gut. The good news, though, is that after stopping artificial sweeteners, the original balance of gut bacteria may be restored within weeks.

From the myth-busting studies linking Splenda to diabetes and weight-gain to sobering research showing increased risks of cancer, and more, in fact there are 22 different signs of trouble associated with this artificial sweetener.

Sadly, our collective past has proven that regulatory safety nets often fail to protect consumer safety. Artificial sweeteners like sucralose and aspartame are approved for sale in 90 nations around the world, despite overwhelming evidence linking them to a wide range of serious health conditions, such as cancer, liver failure, and brain damage.

But as concerns about sucralose mount, the scientific consensus is taking notice. A recent Italian study linking Splenda to leukemia in mice prompted the centre for the Public Interest in Science to downgrade the safety classification for Splenda from “safe” to “caution.”

New evidence indicates that many of the associated health concerns present at even lower exposure levels than the manufacturers would have us believe. “Use caution” may prove to be an understatement with serious health consequences.

Research shows the amount of Splenda required to cause toxic effects is much lower than current guidelines allow. In fact, the acceptable daily intake of Splenda may be set hundreds of times too high to ensure safety.

Regulatory agencies may be slow to recognize the signs, but our bodies know immediately what is food, and what is poison. A recent study published in the European Journal of Nutrition concluded that rats metabolize sucralose in the same way they metabolize other harmful drugs and toxins. The body treats Splenda as a poison, and works fast to remove it.

Scientists found other toxicological issues with long-term exposure to sucralose. Bowel enlargement, kidney mineralisation, and changes to pelvic tissue were some of the side-effects of doses well within limits of the allowable daily intake level set for humans.

It has been demonstrated that Splenda is even more dangerous when heated to a mere 248℉.

At this relatively low-heat level, Splenda degrades into toxic compounds like chloropropanol and deadly dioxins. This evidence presents a sharp contrast to the claim that Splenda can safely be used in high-heat processes.

2. Increases risks of diabetes and obesity

Studies on human test subjects show that sucralose alters the body’s ability to process glucose, creating glucose intolerance, metabolic disturbances, and diabetes-promoting effects that are key factors in obesity. These harmful responses occur despite sucralose containing no calories and being classified as a ‘non-nutritive sweetener.’

This human study linked Splenda to diabetes-associated metabolic changes, including increased appetite and weight gain, calling into question its value as a sweetener for those suffering with, or wishing to prevent, blood sugar disorders.

The use of sucralose has grown so prevalent, even our most vulnerable populations are incapable of opting out of exposure. A recent government-funded study found sucralose contaminated 65% of all breast milk samples assayed.

Sucralose has been found to be an endocrine disruptor, disrupting the body’s hormonal systems. In this study, resultant effects included thyroid hormone suppression, increased appetite, and weight gain.

In a study using rats, compared to the diet with cane sugar which stimulates thyroid activity, sucralose diminished thyroid hormone activity. Additionally, key hormone concentrations (T4 & T3) were lower for subjects eating sucralose than in either the sugary or non-sweet diets. Researchers determined that sucralose significantly altered the thyroid and metabolic functions of the animals, with symptoms resembling those of hypothyroidism.

6. Link with sucralase and heart attacks

One of the largest studies of its kind recently examined the link between diet drinks and cardiovascular issues such as heart attack and stroke in healthy, postmenopausal women. 60,000 women participated in the study, and it found that women who consumed two or more diet drinks a day are 30% more likely to experience a cardiovascular event, and 50% more likely to die from a related disease.

7. Aspartame is a neurotoxin

A review of the direct and indirect effects of aspartame on the brain has shown that it causes neurological and behavioural disturbances in sensitive individuals. Headaches, insomnia and seizures have been observed.

The researchers go even further and propose that excessive aspartame ingestion might be involved in the development of certain mental disorders and also in compromised learning and emotional functioning.

There are many sugar alternatives on the market these days. If someone is diabetic, for instance, artificial sweeteners are a better choice than sugar alcohols like xylitol, or natural sweeteners like honey, which can still raise blood sugar, though to a lesser extent.

Why it’s healthier: It’s low on the glycemic index and doesn’t lead to spikes in blood sugar. However, it does contain a lot of fructose, even more than high-fructose corn syrup — which can lead to weight gain and obesity in excessive amounts, and may also increase insulin resistance. For this reason, it may not be a good choice for diabetics.

Why it’s healthier:It’s unrefined, so it retains all of its vitamins and minerals, and it doesn’t lead to fluctuations in blood sugar. It does however contain the same amount of calories as sugar.

How to use it: Coconut sugar can be used as a one-to-one replacement for white or brown sugar.

Why it’s healthier: Raw honey has less fructose than most agave and is the only natural sweetener with other health benefits, which include anti-microbial, heart-healthy and anti-inflammatory effects.” However, in your body, honey breaks down to glucose and fructose just as sugar does, so it poses some of the same health risks.

Why it’s healthier: You don’t need to use as much, since it’s 150-200 times sweeter than sugar, so it’s good for cutting calories. However, commercially available monk fruit extracts have all been processed to some extent, addition contain other sweeteners like xylitol.

Why it’s healthier: Date paste is an easy sugar alternative you can make at home in a blender using 3/4 water, 1/2 teaspoon of vanilla extract and about one cup of warm, pitted dates.

Why it’s healthier: Since this plant extract is non-caloric, it’s safe for diabetic use and won’t contribute to obesity. It’s also much sweeter than sugar, so you need less of it to provide the same amount of sweetness. The downside is that it has a noticeable aftertaste.

Why it’s healthier:  25-100% as sweet as sugar. Says the FDA, “Sugar alcohols are slightly lower in calories than sugar and do not promote tooth decay or cause a sudden increase in blood glucose.” However, they do have some effect on blood sugar levels, so diabetics will still want to pay attention to dietary carbohydrates