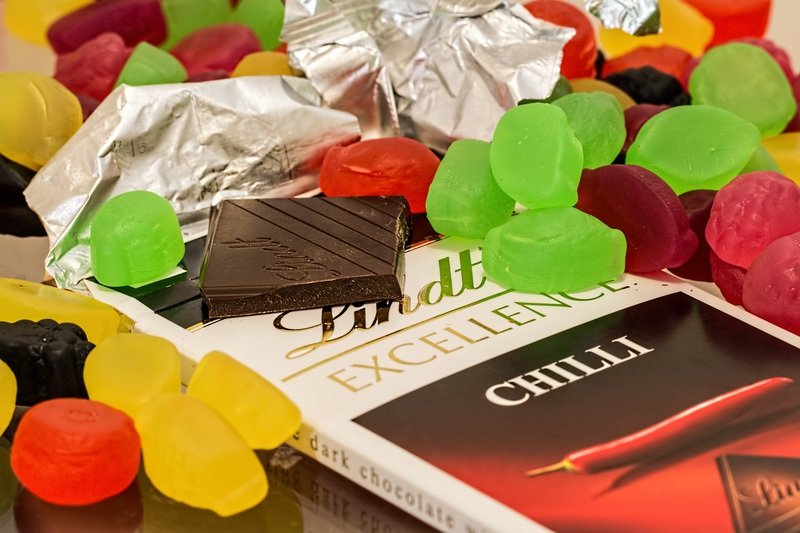 According to top medical doctors, nutritionists, scientists and now even the media, type 2 diabetes is a completely reversible condition. Yet millions of people all over the world are being told that diabetes is “genetic” and that they have to live with it for the rest of their life.

Just having this disease puts one at a higher risk for other health conditions including amputations, loss of sight, heart problems, even death. Diabetics are 2-3 times more likely to die from heart disease. This makes diabetes a disease to be taken very seriously. Unfortunately, many diabetics are misled that they need to take drugs to control it rather than sort it naturally with herbs and/or food. In fact, thirteen studies showed that diabetics taking drugs to control this condition suffered almost 50% more heart attacks than subjects who didn’t take the drugs. They also doubled the risk of severe hypoglycemia (low blood sugar). Another fourteen studies showed no improvement in the risk of blindness developing or liver problems. Shockingly, three studies found that diabetes drugs increase the risk of death from any cause by 22% and from heart disease by 35%.

Furthermore the drug metformin has been linked to an increased risk of developing neurological problems like Parkinson’s and dementia.

Type 2 Diabetes is the most common form of diabetes and is caused by insulin resistance. It is a metabolic disorder that is caused by high blood sugar. The body can keep up for a period of time by producing more insulin, but over time the insulin receptors sites get burned out.

Refined sugar rapidly spikes blood glucose and soda, fruit juice and other sugary beverages are the worst culprits. Even though natural sweeteners like raw honey and maple syrup are better options, they can still affect blood sugar. Your best option is to switch to Stevia or monk fruit.

Grains that contain gluten such as wheat, contain large amounts of carbohydrates which are broken down into sugar within a few minutes of consumption. I would remove all grains from your diet for your first 90 days on this healing program and after that time you can introduce back in sprouted ancient grains, in small amounts.

Conventional cow’s milk should be eliminated, especially for type 1 diabetics. The reason foods such as wheat and cows milk have been linked to diabetes is because they contain the proteins gluten and A1 casein. These proteins can cause leaky gut which in turn causes systemic inflammation throughout the body and overtime can lead to autoimmune disease.

Genetically modified corn, soy, and canola have been linked to kidney and liver disease and may promote diabetes.

Consumption of alcohol three or four days each week can significantly protect against developing diabetes, a study has found. For both men and women, seven or more glasses of wine per week lowered the risk of diabetes by 25 to 30 per cent. This is probably because it contains chemical compounds that improve blood sugar balance. Also one to six beers per week reduced diabetes risk by 21 per cent in men. However, Gin or other spirits increased the diabetes risk to women by 83 per cent.

A vegan diet can do wonders to correct this condition

Fasting: A number of studies in many different animals have shown that restricted eating throughout adulthood leads to dramatic improvements in lifespan and general health. There are two main types of intermittent fasting. One type, known as “time restricted feeding”, requires eating only during a few hours of the day – say between 10am and 6pm. This approach gives the body a long break from food each night, and also reinforces beneficial circadian rhythms.

The other type of intermittent fasting – made popular by the 5:2 diet – is known as “periodic fasting”. This approach involves alternating between long periods of unrestricted eating and short periods of eating very little (five days of eating normally, two days of eating restricted calories).
It isn’t yet clear whether one type of intermittent fasting is better than the other. But the data so far suggest that both types can work.

Lack of sleep: People who sleep less than six hours a night may be three times more likely to develop a condition which leads to diabetes and heart disease, according to researchers at the University of Warwick.

Flouride: A study at Case Western Reserve University of Medicine in Ohio has produced data that links fluoride consumption to an increased risk of type 2 diabetes. The answer to this is to use a jug or plumbed in water filter to remove fluoride from cooking and drinking water.

The most important nutrient for diabetes.

Also very important. The majority of people are deficient in this mineral and long term depletion of magnesium is very significant in increase in diabetes. Foods rich in magnesium are beans, nuts, whole grains, particularly quinoa and oats. Also green leafy veg.

High blood level of this vitamin reduces your risk of becoming diabetic by 62%.

Associated with insulin resistance, and reducing the ability of the pancreas to secrete insulin.

Diets rich in this reduced the risk of developing diabetes by almost a quarter. Carrots are rich in this, and is also found in sweet potatoes, squash, spinach, kale and fruits like cantaloupe melon and apricots.

This significantly improves insulin sensitivity and is the most important nutrient for diabetic neuropathy.

This is still a common and challenging complication of diabetes mellitus. Research has shown that Vitamin B12 is more effective than the drug nortriptyline in improving it.

It has been found to significantly reduce blood sugar. Foods high in chromium can improve glucose tolerance factor in your body and naturally balance out blood glucose levels. Broccoli, raw cheese, green beans, Fenugreek seeds, garlic and grass-fed beef are all high in chromium, however broccoli has the highest amounts by far.

It is found in coconut and red palm oil will help balance blood sugar levels and are a preferred fuel source for your body rather than sugar.

It has also been found to significantly improving serum glucose, insulin and insulin resistance.

In studies subjects who ate fresh bitter melon saw a 73% improvement in their blood sugar levels.

This is one of my favourite herbs to control blood sugar and lower insulin resistance.

that are given turmeric (Curcumin) it has been found they never developed diabetes. They had significantly less insulin resistance. Studies have shown that turmeric lowers blood sugar repairs pancreatic cells and can even benefit Type 1 diabetics. It so lowers cholesterol levels, protects the kidneys and reduces inflammation and oxidative stress caused by the disease.

Can also be considered as helpful herbs.

Baobab is a fruit from the African Baobab Tree – commonly known as the ‘Tree of Life. It is unique in that it dries on the branch producing a natural powder that is exceptionally rich in nutrients. A number of studies on baobab fruit at Oxford Brookes University’s Centre for Nutrition and Health consistently demonstrated that baobab can have a stabilising effect on blood glucose. Baobab fruit significantly reduced the rate at which sugar was released into the blood supply post digestion. It is rich in soluble fibre (25%) and polyphenols, both of which are known to help reduce glycaemic response (the rate at which sugar is absorbed in the body).

Wild-caught fish contain omega-3 fats and reduce inflammation which can help counteract some of the negative effects of elevated blood glucose.

Furthermore frequent consumption of peanut and nut butters and soya products reduces cardiovascular risk with Type 2 diabetic patients and proteinurea (protein in the urine).Bananas should be eaten ripe with peanut butter. The fats in the nut butter will slow down sugar absorption into your blood stream so it doesn’t hit you all at once , making it easier for your body to break it down.

Other helpful foods to consume to prevent and cure diabetes

Exercise is another crucial part of improving insulin sensitivity. It naturally supports metabolism by burning fat and building lean muscle. To prevent and reverse diabetes I recommend getting outside and walking 20-30 minutes a day. This has been shown to be especially beneficial following meals.

In addition to walking, you also need to do interval cardio or weight training 3 to 5 days a week for 20-40 minutes.

Strength training using free weights or machines is also recommended because it helps you build and maintain muscle, which supports balanced blood sugar and sugar metabolism.

So, in conclusion food really can be our medicine. Similarly, a bad diet can be our downfall.