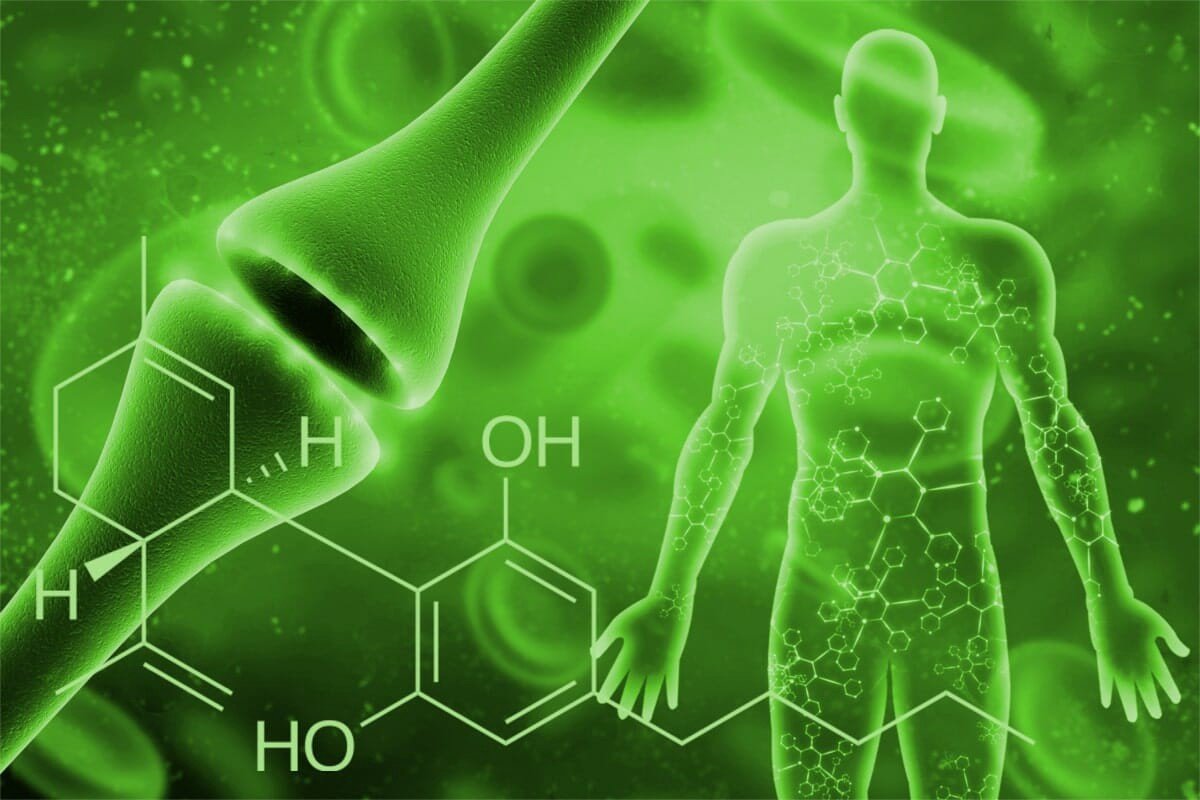 The Endocannabinoid system is a central regulating system that affects a wide range of biological processes. It consists of a group of molecules known as cannabinoids as well as the cannabinoid receptors they bind to. Although cannabis is a source of over 600 cannabinoids (including THC and CBD), the human body produces a number of cannabinoids as well. These endogenous cannabinoids include Ananamide and 2- Arachidonoylglycerol (2-AG) and are present in all human beings.

Decades of scientific research on the Endocannabinoid system has resulted in the discovery of two types of cannabinoid receptors, CB1 and CB2. These receptors are found in various parts of the body, but are most prominent in the brain and immune system.

Interestingly the cannabinoid system is not unique to the human species. Rather, research has shown that this system is common to all human and vertebrate animals – and even some invertebrate animals suggesting its significance in the process of evolution. Experts believe that evolution has conserved the cannabinoid system in living organisms for almost 500 million years. Although the Endocannabinoid system affects a wide variety of biological processes (such as appetite and sleep), experts believe that its overall function is to regulate homeostasis. Homeostasis is a key element in the biology of all living things and is best described as the ability to maintain stable internal conditions that are necessary for survival. Disease is simply a result of some aspect of failure in achieving homeostasis, making the Endocannabinoid system a unique target for medical applications.

A primary example of Endocannabinoid system’s role in homeostasis comes from research that has identified and over expression of cannabinoid receptors in the tumour cells of various cancer diseases, including lung, liver, breast and prostrate. Research has also shown that tumour growth can be inhibited and even reversed when cannabinoids such as THC are administered.

Experts believe that the over expression of cannabinoid receptors is an indicator of the Endocannabinoids system’s role as a biological defence system, providing strong support for the use of medicinal marijuana.

Interestingly, research suggests that this defence system is not only useful in treating cancer, but may also be beneficial in the treatment of a wide variety of conditions. Current evidence points to the Endocannabinoid system as being a potential therapeutic target for the following list of disorders.
AIDS/HIV; Alzheimer’s; Arthritis; Cancer; Chronic pain; Epilepsy; Fibromyalgia; Glaucoma; Multiple Sclerosis; Sleep disorders; PTSD (post traumatic stress disorder) and more…….

Cannabis was made illegal in the 1930’s as it was considered to have no medical qualities and to be highly addictive to users; worse still the media portrayed it as the devil’s drug and films such as ‘reefer madness’ scared people into thinking that it was dangerous which is still ingrained in society today as the truth is not yet public knowledge! Now there is a massive body of research available today to say that cannabis is not only medicinal, but the greatest medicine of them all!

www.endalldisease.com have compiled a list of medical studies from credible medical journals around the world which all have a consistent theme between them, and that is ‘cannabis shrinks ‘tumours and selectively targets cancer cells’.

The commonest use of cannabis is for pain Scientists say it works by modulating the electrical and chemical activity to help reduce excessive activity. It binds to the receptors throughout the brain and body, reduces inflammation and provides a buffer against pain, the receptors controlling movement, coordination, memory, learning, appetite, pleasure, sensation, sense of space and time and other drives.
Scientists in Israel are now reporting that cannabis can actually protect the brain and even decrease the amount of brain damage from head injuries, so you can give medicine after the injury to reverse some of the damage. ‘The granddad of cannabis research’, Dr. Raphael Mechoulam claims, to get the best results you need Tetrahydrocannabinoid present (THC) with the cannabinoid which he calls the entourage effect. But unfortunately for now THC remains illegal in the UK.

Cannabinoids were first discovered in the 1940’s when CBD and CBN (Cannabinoid) were identified. The structure of THC was first determined in 1964. Cannabis has been used as a medicine for over 3,500 years with not one recorded death related to it. Decades ago cannabis was a legitimate medication prescribed by doctors and dispensed by pharmacies across the world.

Due to molecular similarity and ease of synthetic conversion CBD was originally believed to be a natural precursor of THC. However it is now known that CBD and THC are produced independently in the cannabis plant from the precursor CBG.